Three days in Drakolimni of Smolikas and Aoos 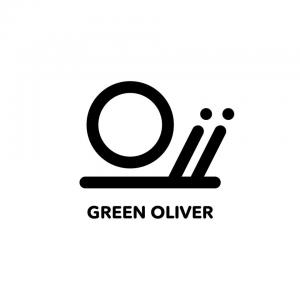 Drakolimni of Smolikas or Lyga is at an altitude of 2160m. to the west of the Smolyka peak. It has an area of ​​3 to 4 acres, a perimeter around 380 human steps, but also a great depth. What characterizes it and makes it unique is its unique shape, that of the heart, as well as its bright blue color. For this reason, in the Vlach is called Deirlinga or "Lakou-Viniotou", that is, a blue lake!

It is a beautiful lake in alpine landscape with green meadows with violins, orchids, wildlife and lakes in the lakes. Peaceful and crystal clear is full of alpine thirds, which are as if they have just sprung up through fairy tales with dragons!

As far as the myth (corresponding to the legend of Drakolimni of Tymphis) is concerned, we choose the winner of Smolikas' dragon, who even won with a trick! He did not fly rocks like the Tymphis, but large salt slops, which his opponent swallowed, and so, terribly thirsty, drank so much water that eventually died!

Aoos is one of the cleanest rivers in Europe, originating and moving to one of the most virgin areas of our country, to the north of Epirus. In Greek mythology the name Aoos was an adjective of Adonis!

Throughout its course, the Aoos is covered by large riparian forests with willows, poplars, plane trees, alder trees, maples and bittersweets, while a little higher than its bed starts splendidly mixed forests dominated by black pine that is joined to beech, fir and daisies.

Departure at 07.00 from the Archaeological Museum of Thessaloniki on Manolis Andronikos (Extension of Vas. Olga and Vas. Georgiou to the center, shortly after the Town Hall). A stop will take place at 07.10 at the One Salonica highway (diagonally opposite Media Markt).

Our first visit to the majestic Konitsa! There, after passing over its impressive bridge, built in 1870, we will start our first hike, having our Aoos' bouquet next to us! After 1.30 - 2 hours we will reach the picturesque Monastery of Stomi, where we will relax and admire the imposing view to the gorge! Our return will take place on the same path.

Those who do not wish to reach the Monastery will have the opportunity, after walking for a while, to stay by the river bed and to cool in its icy waters!

Then we will depart by bus to our lovely guesthouse Munti Smolikas, located in the central square of the village of Papes at 1140m!

The village is built on the southern slopes of Smolikas, 36 km from Konitsa. Thanks to its many running waters, it has rich flora and fauna, pastures, fruit trees and green forests of black oak and black oak. The village's attraction is "Stone Grin", a rock that looks like an old woman as we see the rocks above the village, as well as its churches and old watermills. It is a village of Vlach-speaking Greeks of Lakas Aoos, which flows at the foot of the village.

The hostel is housed in a historic building, which since 1901 has been the homonym boys' school. It has 5 rooms with bunk beds, two of which are 8 beds, two 4 bedded and one 6 bedded room with en suite bathroom each with linen, towels, heating and hot water! As well as two additional separate rooms with their own bathroom, each of which will accommodate 4 people. While there is, of course, the possibility of staying in a tent next to the hostel!

After we first share in our rooms, we will renew our appointment for the evening for a delicious meal in the picturesque village square under the sound of our own music choices!

After we get up and get a good breakfast from our buffet, we will start our trek to the beautiful Drakolimni of Smolikas, to reach 2160m. and become one with the minimalist atmosphere of the alpine landscape!

Specifically, first we will move for a little north to the beautiful alleys of the village until we find our path. Walking through a wooded area, we will find ourselves in front of a fork, where one route leads us to Pande Alexarchou's meadow and the other, a little more demanding, to the stream crossing a little scree. The two routes eventually meet after a while and follow the same path. After crossing Livadi Pante Bizani, we will enter a hill leading to a dirt road near a tap.

Arriving at the last pen, we will start climbing up to Mugurida's back at 2000m. about. This point is really magical, because we will have the tops of the Tymphi Mountains above the Aoos ravine opposite us!

Until we finally reach the plateau of Drakolimni of Smolikas at 2160m!

For those who want to continue climbing up to the top of Smolikas, it will become a group that will continue for about 1.30 hours until it reaches the age of 2631m.

The return will be on the same route.

Once we have completed our magical trek, we will have some rest time in our traditional guesthouse, which will be really useful to us! Because, as soon as it starts to darken, we will all move together to the stone-built tavern of the village, the visitors of Lakas of Aoos with the Paxi hospitality! Here we will enjoy genuine local tastes and set up our own feast!

Life is small moments that leave and do not come back! That's why, for those who stand still, we will start after breakfast from the village square to once again Aoos, where we will have the opportunity to swim in the icy waters! The return will take place from the same path back to the village.

With intense pictures of nature to flood our mind, we will board the coach for the way back, where we will stop for a delicious lunch that will reward deservedly the sweets of the thrilling weekend!

Optional: Travel insurance from Allianz at an extra cost of 4 euro / person. For a detailed insurance description, please ask us for detailed information at info@greenoliver.gr.

Participation Statements until exhaustion of positions